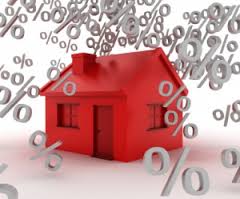 When was the last time you heard of prices going down?  That is what happened today when the FHA announced they are cutting their annual mortgage insurance premium from .85 percent to .60 percent for less than 5% down payment option and from .80 percent to .55 percent for 5% or more down payment. This will help offset current higher interest rates and help make housing more affordable in 2017! Don’t forget that the conforming loan limit has also increased to $636,100 which applies to FHA financing as well.

Let me know if you have any questions! Happy New Year!

The 30-year fixed-rate mortgage is getting closer to moving over 4 percent, as mortgage rates climb for the second week in a row. Freddie Mac reports that fixed-rate mortgages are rising in anticipation of a possible rate increase by the Federal Reserve and a recent strong jobs report.

“A surprisingly strong October jobs report showed 271,000 jobs added and wage growth of 0.4 percent from last month, exceeding many experts’ expectations,” says Sean Becketti, Freddie Mac’s chief economist. “The positive employment reports pushed Treasury yields to about 2.3 percent as investors responded by placing a higher likelihood on a December rate hike. Mortgage rates followed, with the 30-year jumping 11 basis points to 3.98 percent, the highest since July. There is only one more employment report before the December FOMC meeting, which will have major implications on whether we see a rate hike in 2015.”